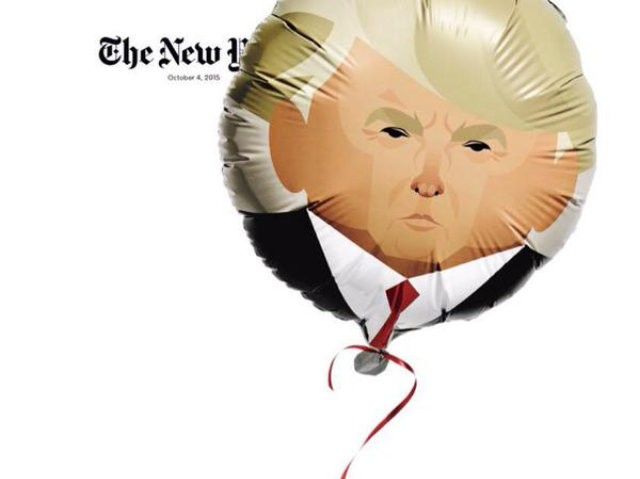 TRUMP is definitely a brand : prior to the electorate race synonymous with Garish, Extravagant, & Controversial. Think “Trump Towers” and what comes to mind. The interesting thing is that he has 35 % of the GOP in his corner- so like it or not, his messaging is resonating loud and clear with a large audience. This speaks volumes to the current emotional mindset of the U.S. that he has found such astounding popularity with no prior government career. A good brand always has authenticity as its core- and he true to his own core values. Many are identifying with his buck the status quo no holds bar, rebel-rousing. The Trump brand is successfully standing out from the competition by being controversial (one of his brand tenants). This ability to be memorable is at the crux of why we brand- BUT if his approach backfires by offending so many people that it motivates the very people he is trying to attract to vote for his competitors, his Brand may have broken through the clutter but not reached his appeared desired end goal of being nominated. But its possible his end goal is different- to perhaps get someone else in the Republican party nominated by stirring the pot and taking the dialog away from issues like the Presidential Dynasty conversation, or just trying to get the U.S. (specifically swing -voters) to re-engage in politics, GOP and voting. Yes, Trump is a well established brand – but to be a MASTER brander your brand needs to reach a desired end goal- and in this case if its to be nominated the verdict is still out.