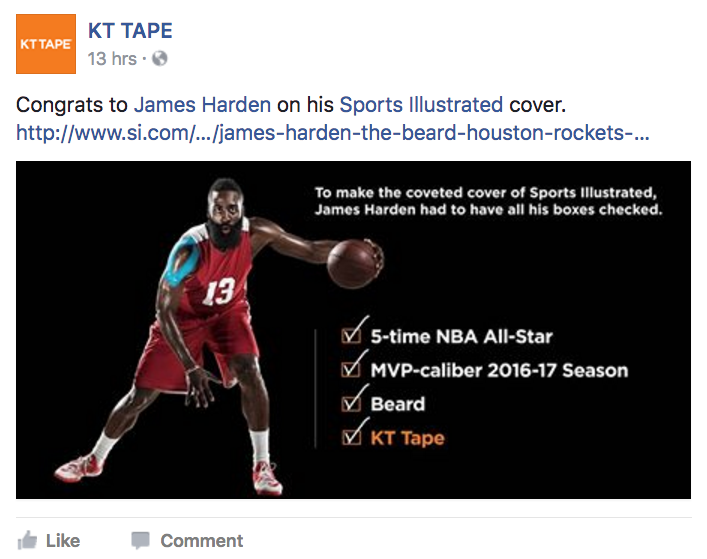 Spring13 is excited to launch KT Tape’s social media campaign with its first post, congratulating five-time NBA All-Star James Harden, aka The Beard, for landing on the cover of Sports Illustrated, March 6 issue. A serendipitous beginning—the number 13 is both Spring13’s and Harden’s number—and we love that!

Spring13 was hired to help take KT Tape’s social media to the next level by growing the company’s following across Twitter, Facebook and Instagram and increasing the reach and engagement of its posts.